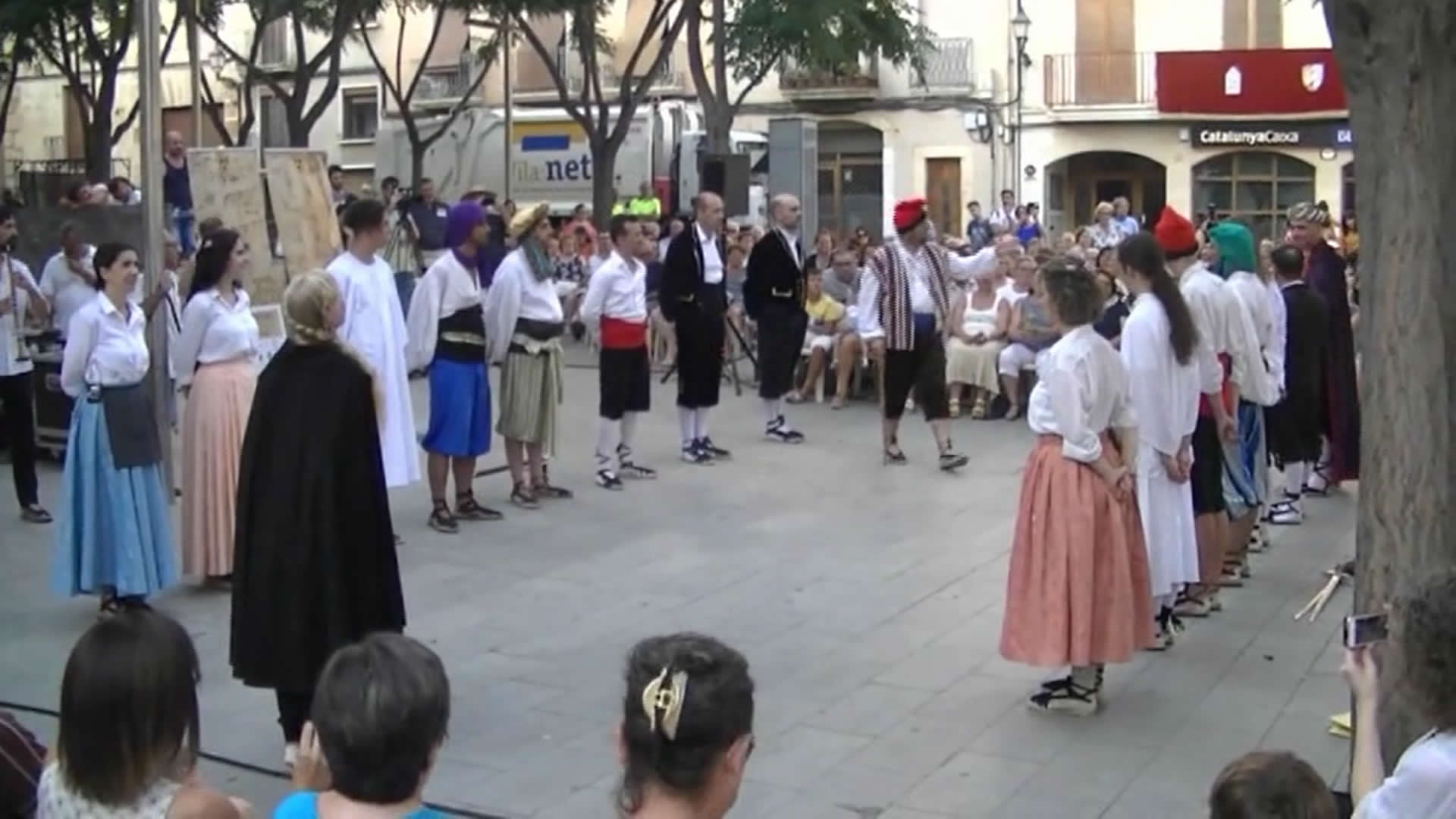 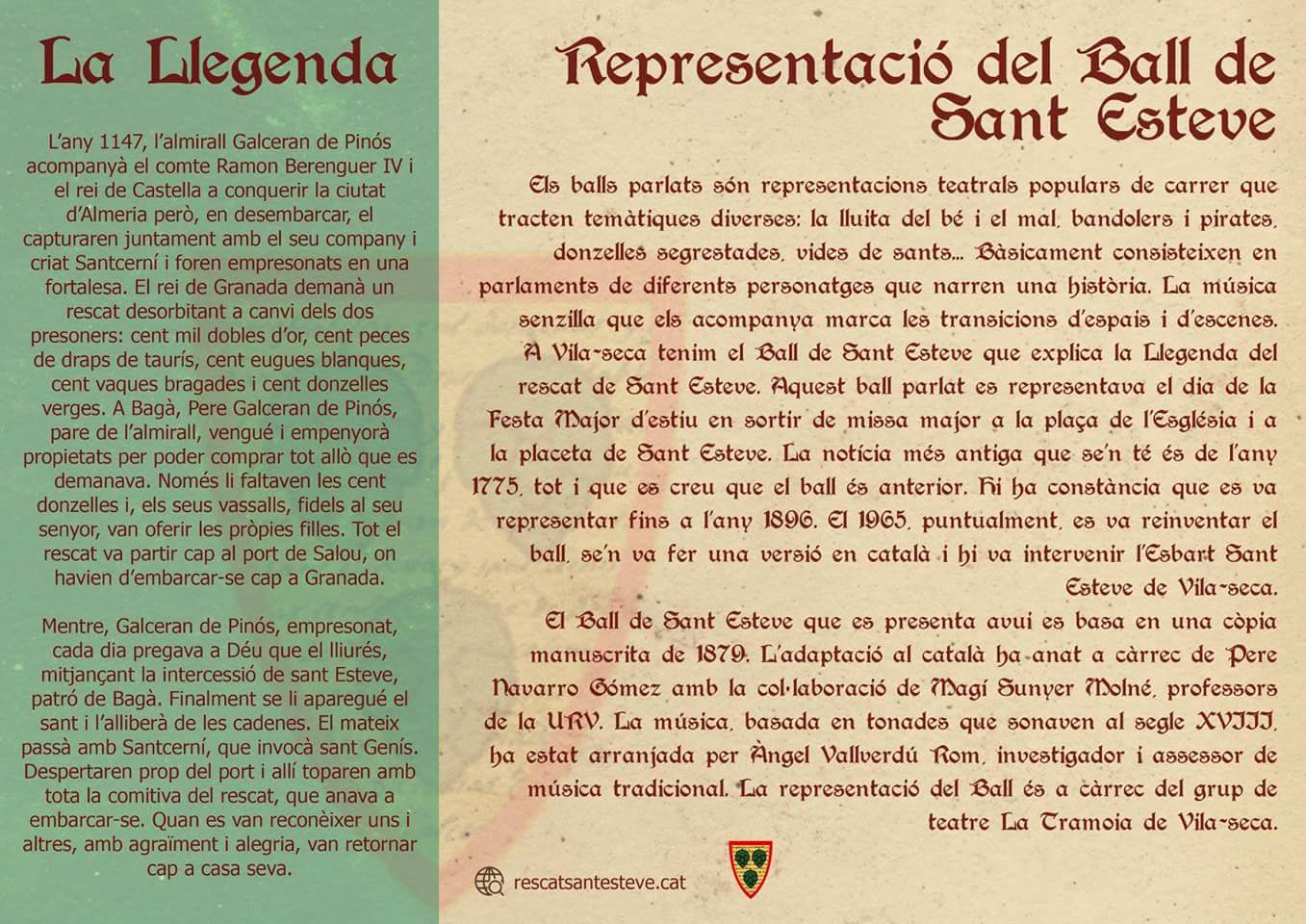 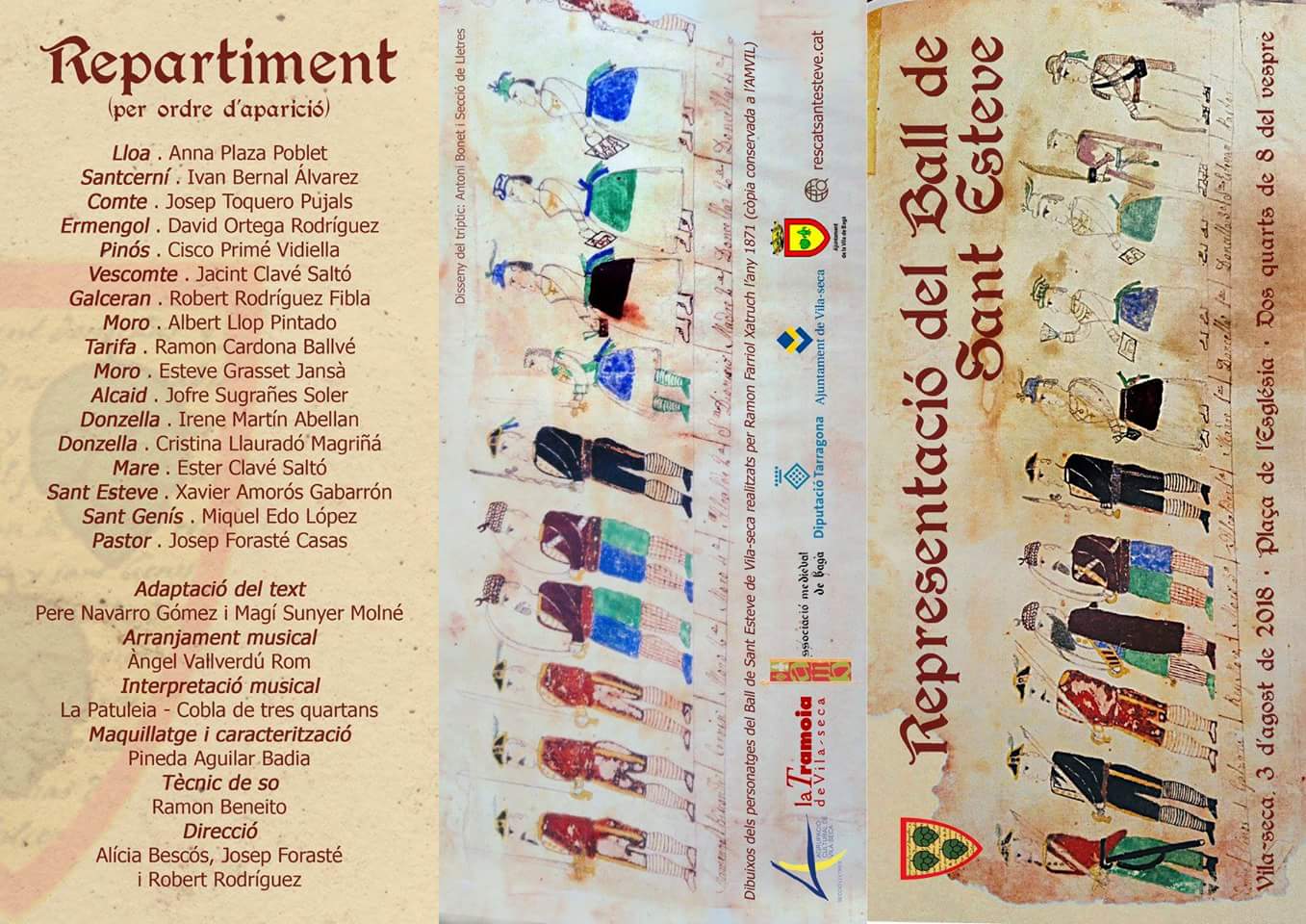 St. Stephen’s dance is another fundamental element in the spreading of the legend. It is a dance that was performed on the Day of the Local Festivity in the Church Square and in St. Stephen Square which develops the legend through speeches, drama and dances of different characters. The oldest documented news is from August 4th 1775, according to an Act of the Council of the City. At that time the relic of Saint Bernat Calvó arrived in Vila-seca. It is a relic that the bishop of Vic had given to the parish; On this occasion a big welcome party was organized with the intervention of different dances. It is thought that the dance is previous to that date because if it had been released that day, the novelty would have been highlighted.

Several texts of dance speeches have been preserved; the majority of manuscripts were written in a Spanish full of catalanisms, an evident consequence of the Nova Planta Decree. Although several indications suggest that the primitive text of the dance should be from the end of the 16th century or beginning of the 17th, the oldest one located is in the eighteenth century and it is preserved in the Archdiocesan Archive of the Diocese of Tarragona (AHAT); There are other copies in the Municipal Historical Archive of Vila-seca or in private archives. Among the latter, it is worth mentioning the manuscript made by Ramon Farriol Xatruch in 1871. Copy of Dance speeches of Saint Stephen, patron of Vila-seca; as a particularity, it has drawings of the different characters, which allows you to know their clothing and accessories. There is no evidence of when the dance stopped being represented, it seems likely that the last year was in 1896, when Ramon Farriol Xatruch died, animator and collaborator, as well as conservative of the text, as has been seen before. The truth is that in 1965 coinciding with the inauguration of the new Piló del Rescat and various urban works, a new version was made looking for documentary sources and the memory of the elderly. The text was adapted from the version of Salvador Aguiló; Daniel Sanahuja composed the music; and Salvador Anton created the choreography.

The version presented this year is the adaptation in Catalan of the manuscript of Esteve Ferré Poblet (1879) that coincides almost one hundred percent with the manuscript of Ramon Farriol Xatruch (1871) and the notebook of Salvador Aguiló, also of the 19th century. The text that has been selected of Saint Stephen’s Dance is by Esteve Ferré Poblet (1879), for its completeness and good state of preservation. The adaptation of the text to the current Catalan has been given by Pere Navarro Gómez, professor at the Catalan Philology Department of the URV, student of spoken dances and member of the Dames i Vells group of Tarragona for 28 years, with the collaboration of Professor Magí Sunyer Molné, also from the URV.

The musical arrangement of traditional pieces from the 18th century has been carried out by Àngel Vallverdú Rom, a musician with 25 years of traditional music experience and resercher who has advised a large number of festive elements. La Tramoia, directed by Alicia Bescós Pérez, has chosen the staging, costumes and music following the guidelines of the spoken dances in the 18th century in the Camp de Tarragona. A tradition retrieved with the intention of continuing to represent it in the coming years.

Copies of the St. Stephen’s Dance currently located in the Municipal Archive of Vila-seca (AMVIL) and the Archdiocese of Tarragona’s Historic Archive (AHAT):

Copy of the characters from the dance by Esteve Ferré Poblet. 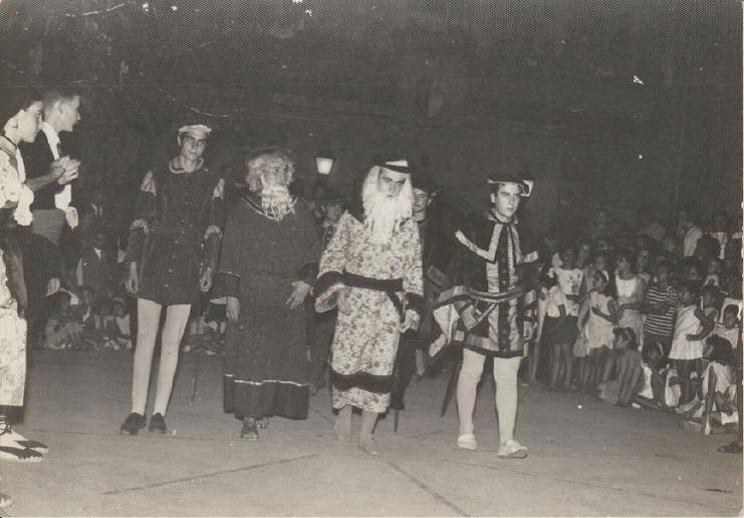 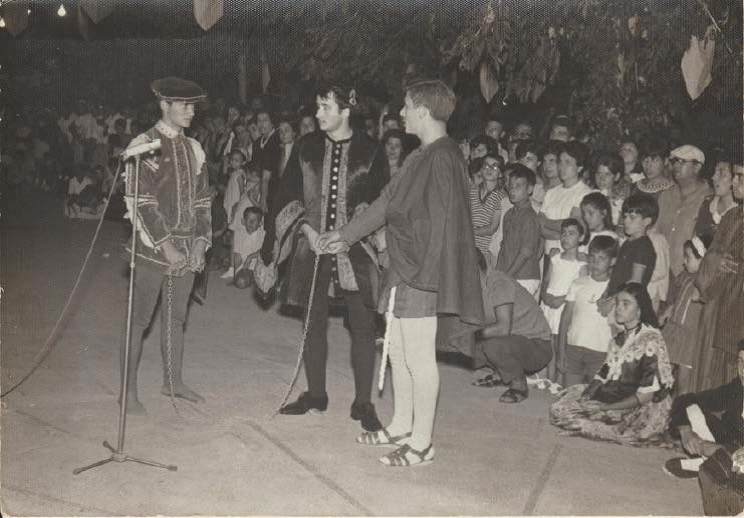 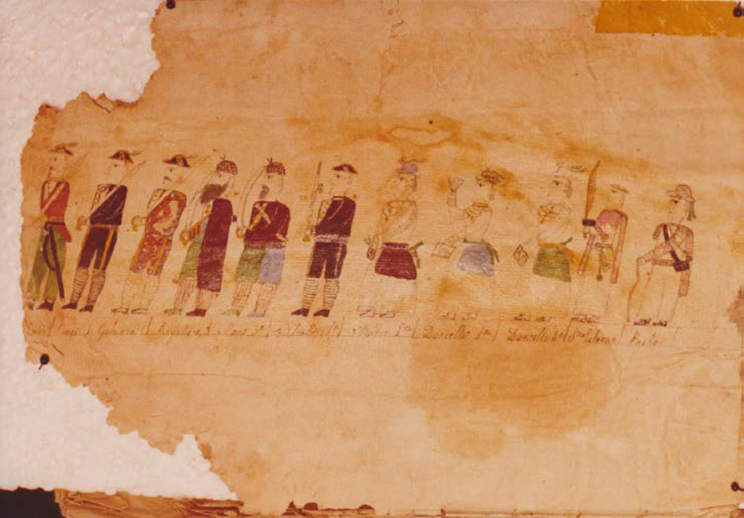 Drawing of the characters from the Saint Stephen’s Dance in Vila-seca, by Ramon Farriol Xatruch in 1871 (1980) (Photo: Maria Estradé Pujals) 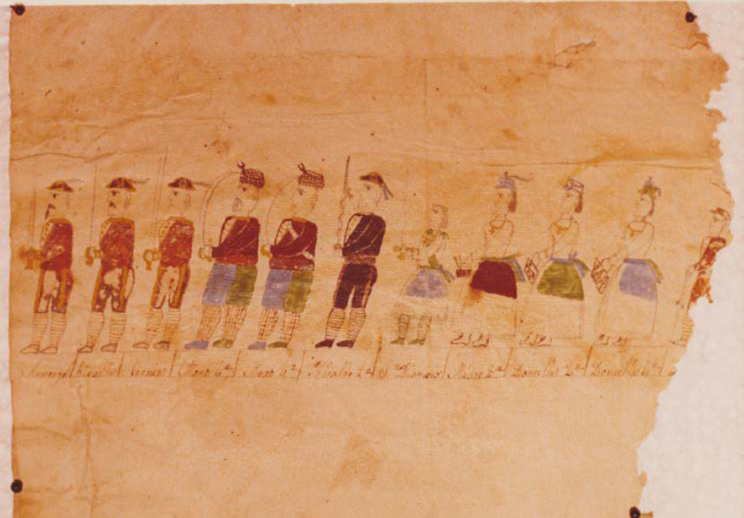 Drawing of the characters from the Saint Stephen’s Dance in Vila-seca, by Ramon Farriol Xatruch in 1871 (1980) (Photo: Maria Estradé Pujals)

AMVIL: «Parlaments of the Ball of Sant Esteve or the Cent Mr Donzelles» copy of Esteve Ferré Poblet (1879).