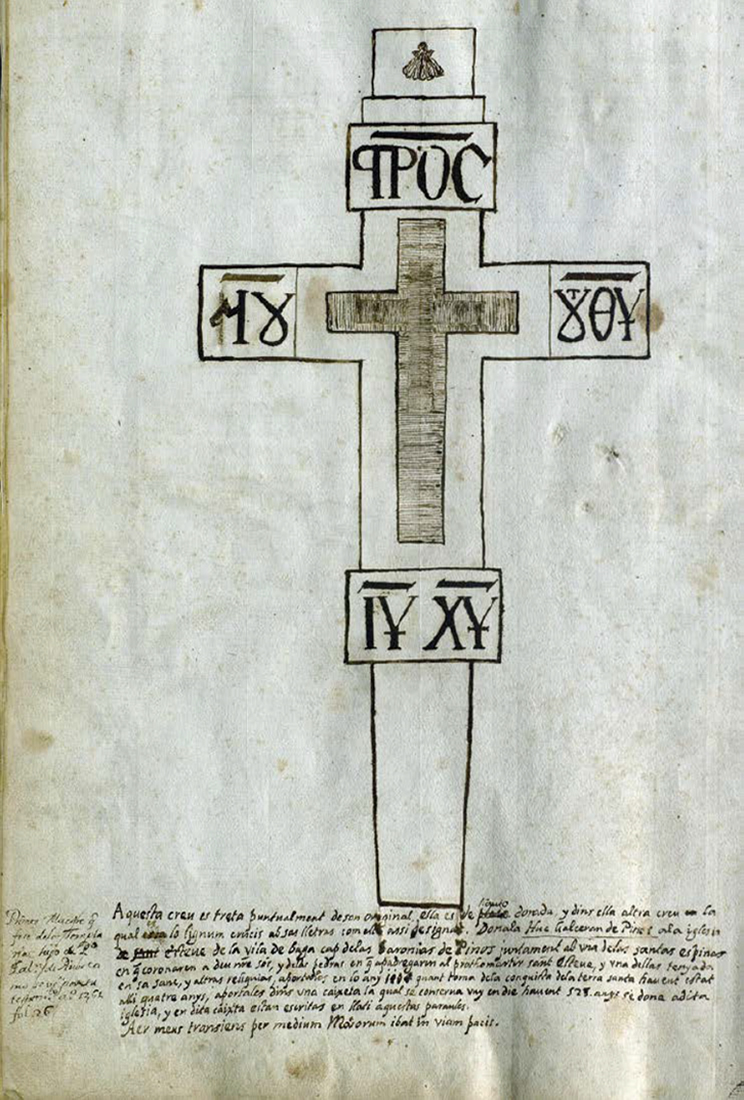 The obverse of the veracreu of Sant Esteve de Bagà to the Genealogy and the Descent of those of the House and Family of Pinós (Archive of the Marquesses of Santa Maria de Barberà, Vilassar de Dalt). 1620 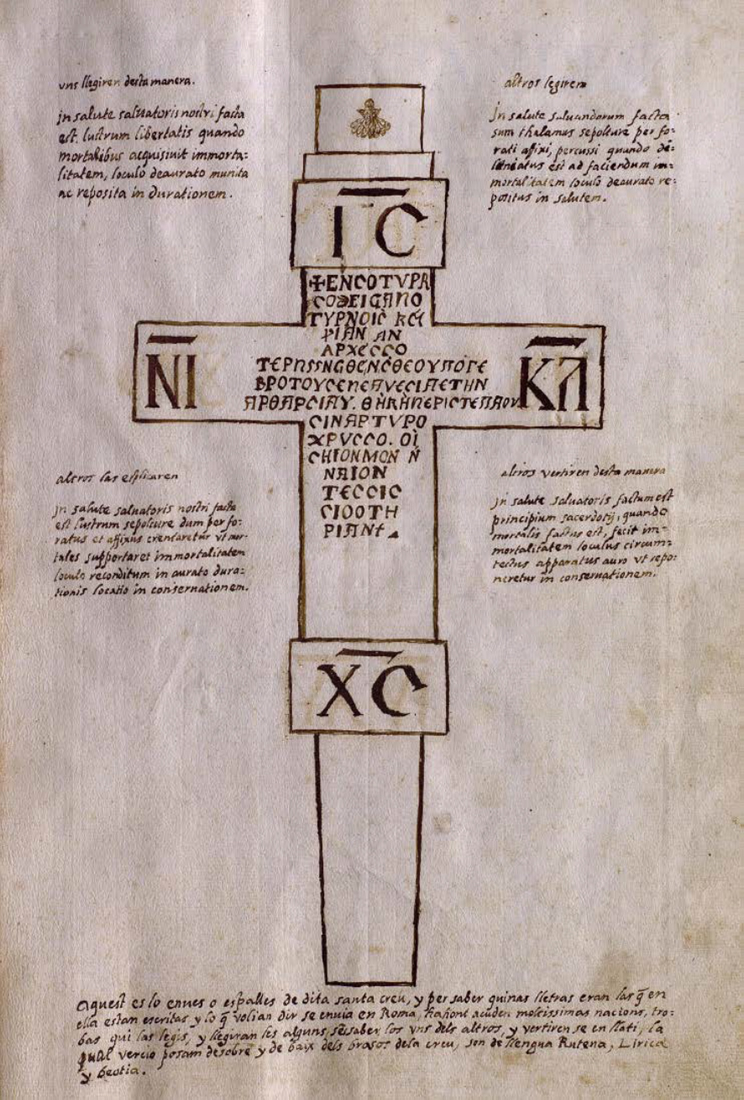 The reverse of the veracreu of Sant Esteve de Bagà to the Genealogy and the Descendants of the Casa i Família de Pinós (Archive of the Marquesses of Santa Maria de Barberà, Vilassar de Dalt). 1620

The crucifix that is conserved in the Saint Stephen of Bagà’s church is, without a doubt, one of the most important objects of the medieval goldsmith in Catalonia. The last studies that have been published on this reliquary brought on an indefinite date from Holy Land, have highlighted the rarity of its typology, the connection with the medieval pilgrimages and, especially, the relevance of the inscriptions that it presents both to the obverse as the reverse.

However, there is a legend that links this arrival to the Pinós and mythical facts that have to do with the First Crusade and the founding of the Order of the Temple.

The crucifix, of large dimensions (31.3 x 16.3 cm), contains inside a large fragment of the lignum crucis, and is made with a wooden soul and silver plates overgrown and restocked. The latest studies propose that it was made in a Constantinople workshop -or Palestine- of the 12th century, and put it in connection with specimens such as those conserved in the abbey of Montecassino, or the Istanbul statutory. The most prominent characteristic of the object is the presence of inscriptions in Greek on the reverse side of the cross. On the obverse, in its four ends, we read “cross of Jesus Christ, the son of God”, while on the reverse, also at the ends, we read “Jesus Christ overcomes”.

The most important inscription of all is found in the central body of the reverse, where the text displayed says: “[the cross] in which, undressed, deprives evil, eternal Savior, Almighty Word of God, mortals are covered by incorruptibility. A gold and silver reliquary surrounds those who live in your monastery for their salvation.”

Everything indicates that the cross arrived at Bagà by some high ecclesiastic or by some noble who visited the Holy Land at that time.