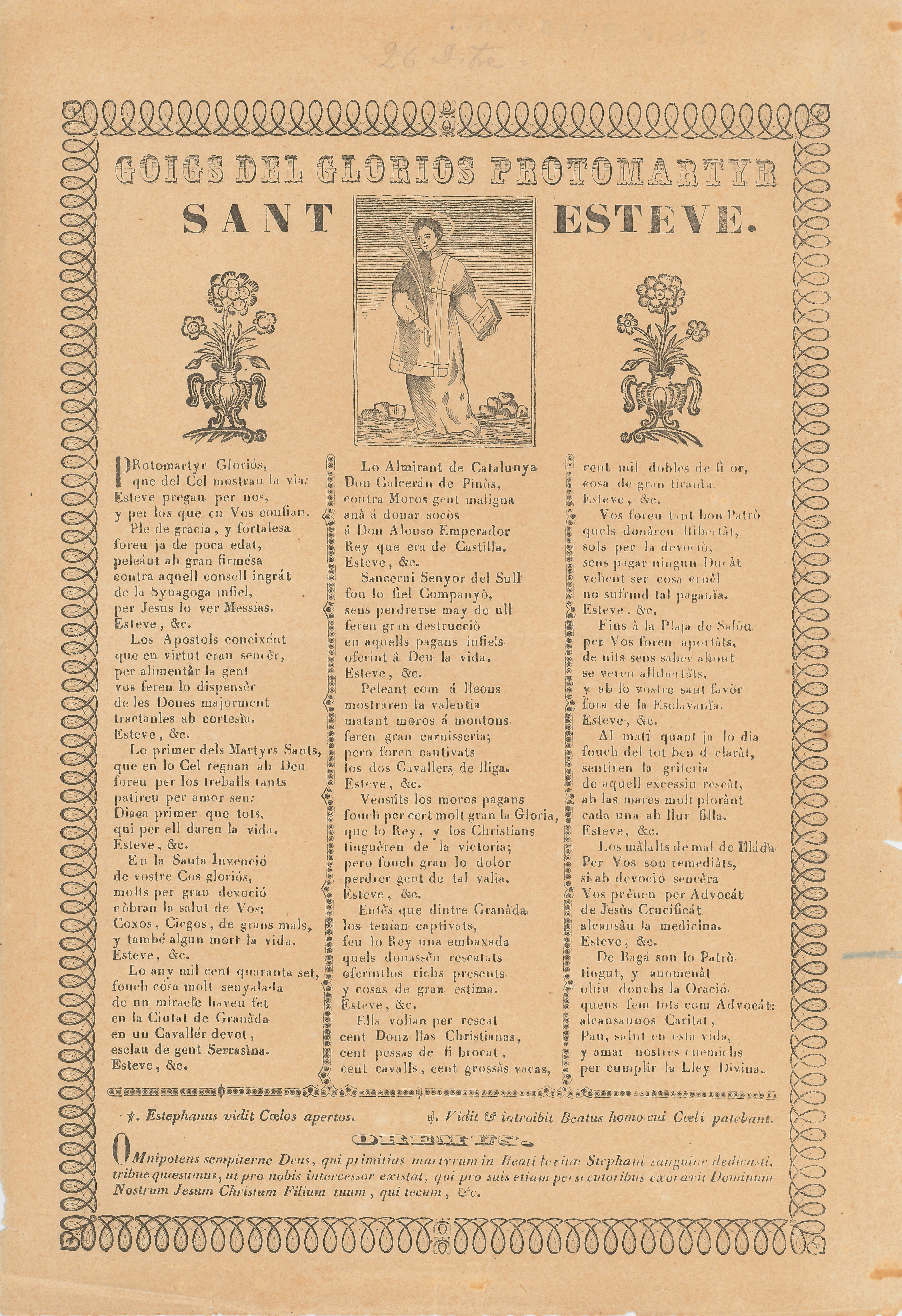 Joys are a very special poetic genre, and at the same time simple, humble and very understandable poetry, religious songs of medieval roots of which we are aware from the 13th century. Its name comes from Latin, but 480 have also been called couples. Initially they were mostly written in Latin and they were all always devoted to praising the seven great earthly joys.

Widely cultivated in the Catalan Countries, they are already found in the Red Book of Montserrat, and the oldest and most widespread that are known are those dedicated to the Virgin of the Rosary.

They usually contain airy and gentile verses where, joyfully, praise our God and Lord Jesus Christ, our Mother of God Saint Mary, and the joys and praises of holy are sung, as well as the reasons for their intercession (stinging, drought, epidemic, cure of diseases, etc.) Some refer to the geographic location of the site, to religious, social, poetic events, etc.

Marian joys usually refer to the legend of their finding in that particular sanctuary, hermitage or chapel where they are, or also the village vote just in case, while continuing to sing the excellence of Mary.

It is from the 17th century that we find a great proliferation of texts, in which the history, tradition and legend as well as Marians are beginning to be glossed, and they also find themselves dedicated to Jesus Christ and the saints.

Since then, these popular poems take a form of impression and typography that has been preserved to this day: it is usually a single sheet presided by a proprietary image of the holder (nowadays it is usually a drawing, in many occasions flanked by borders), a poetic text that ends with verses and the liturgical prayer, and everything framed by a border.

These compositions have been released a lot, thousands and thousands of editions have been published to date. Older joys are often anonymous authors, both in terms of lyrics and music. As for the literary value, there are some who have it and others who do not have so much. Some are full of grammatical mistakes and Spanish forms, but the most important is that they are part of the so-called religious popular literature that, during the Decay, helped greatly to save the language.

It is unnecessary to say that later on, poets like Jacint Verdaguer, Joan Maragall, Miquel Costa and Llobera, or Guerau de Liost write joys raising the language and genre to the highest peaks.

The legend of the rescue of the hundred maidens in the joys of St. Stephen

We wanted to do a little search for the joys of the St. Stephen protomartyr, the protagonist of the legend of the rescue of the hundred maidens or the rescue of St. Stephen, which is found throughout Catalonia, since in some of them reference is made to the miracle that he made in 1152, releasing Galceran de Pinós from the dungeons of the Saracens.

The Freners’ Guild of Barcelona, for many centuries, made a Mass in which the legend of the Rescue was told during the sermon to celebrate the day of St. Stephen, his Patron. It is known that, since the end of the 18th century, they printed a sheet with the explanation of the miracle and with an engraving where Galceran de Pinós and the Sancerní knight is chained to the jail of Granada, where the legend finds the miracle, at the time of being released by the saint. The text that is reproduced is the same that the historian Pere Tomic collects in 1431 on the legend of the Rescue. There are different editions of this sheet:

In addition, since mid-18th century, in many Catalan towns, they also print Joys devoted to St. Stephen protomartyr, most of these verses narrate almost all the legend. They are those of Bagà, Vila-seca, Olius, and Sorre. The most commonly known date back to 1751.

Other joys dedicated to the same saint also had much more diffusion, where the legend of the Pinós is mentioned only in one of its verses, which are the ones listed below. We quote the stanza and then the relationship of joy that contains it.

Other miracles have been made
of which we all have memory,
during cripples
of all evil give us victory:
And to your devout Pinós
of the Moors you have freed me.

Josep Ureña i Llitjos (2018) “The Joys of Saint Stephen”, A: Cuadrada Majó, Coral, and Garriga Pujals, Montserrat (coord.) The rescue of the hundred maidens or of Saint Stephen. Vila-seca: Letters Section of the Cultural Association and University Rovira and Virgili: p. 479-497. 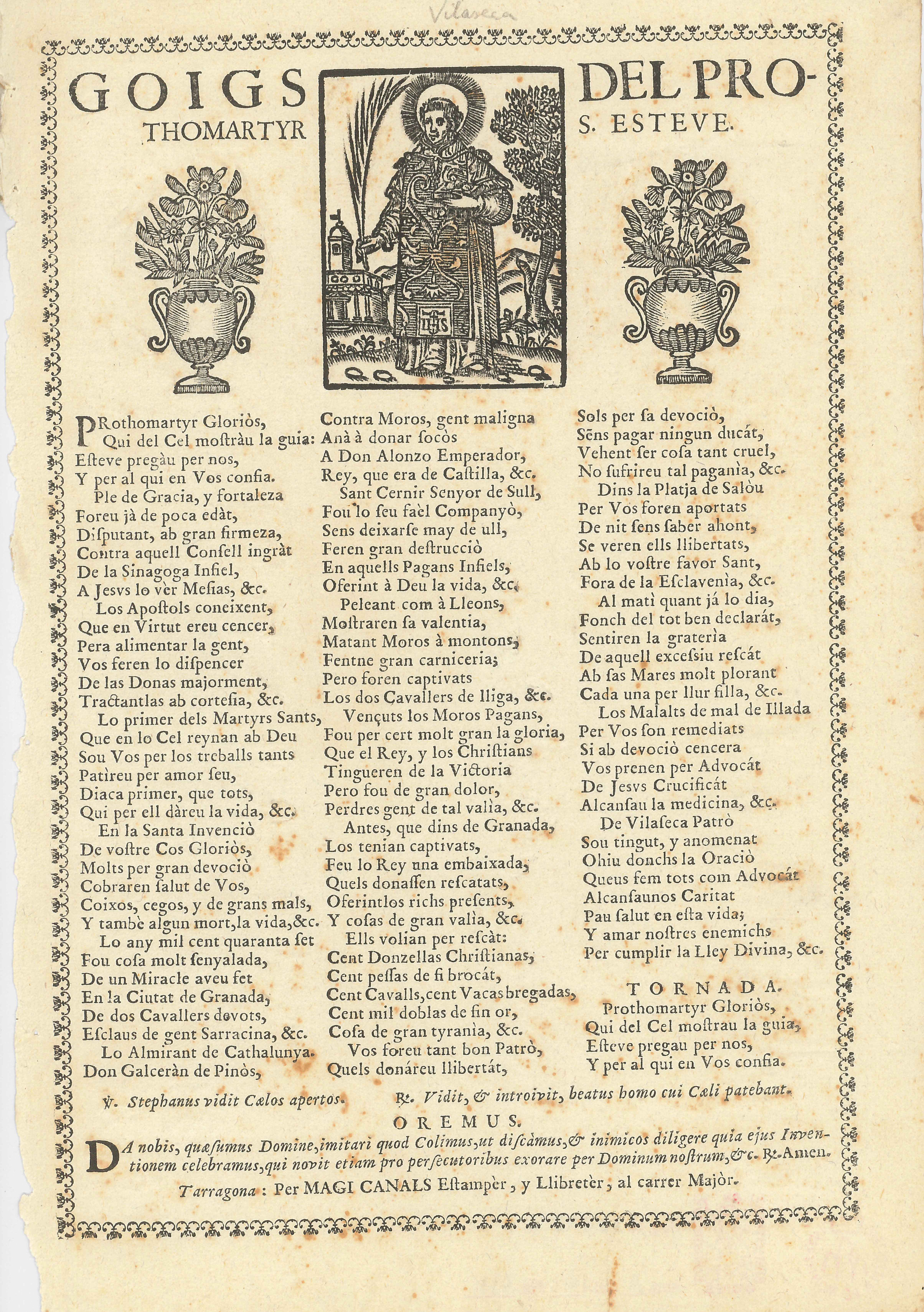 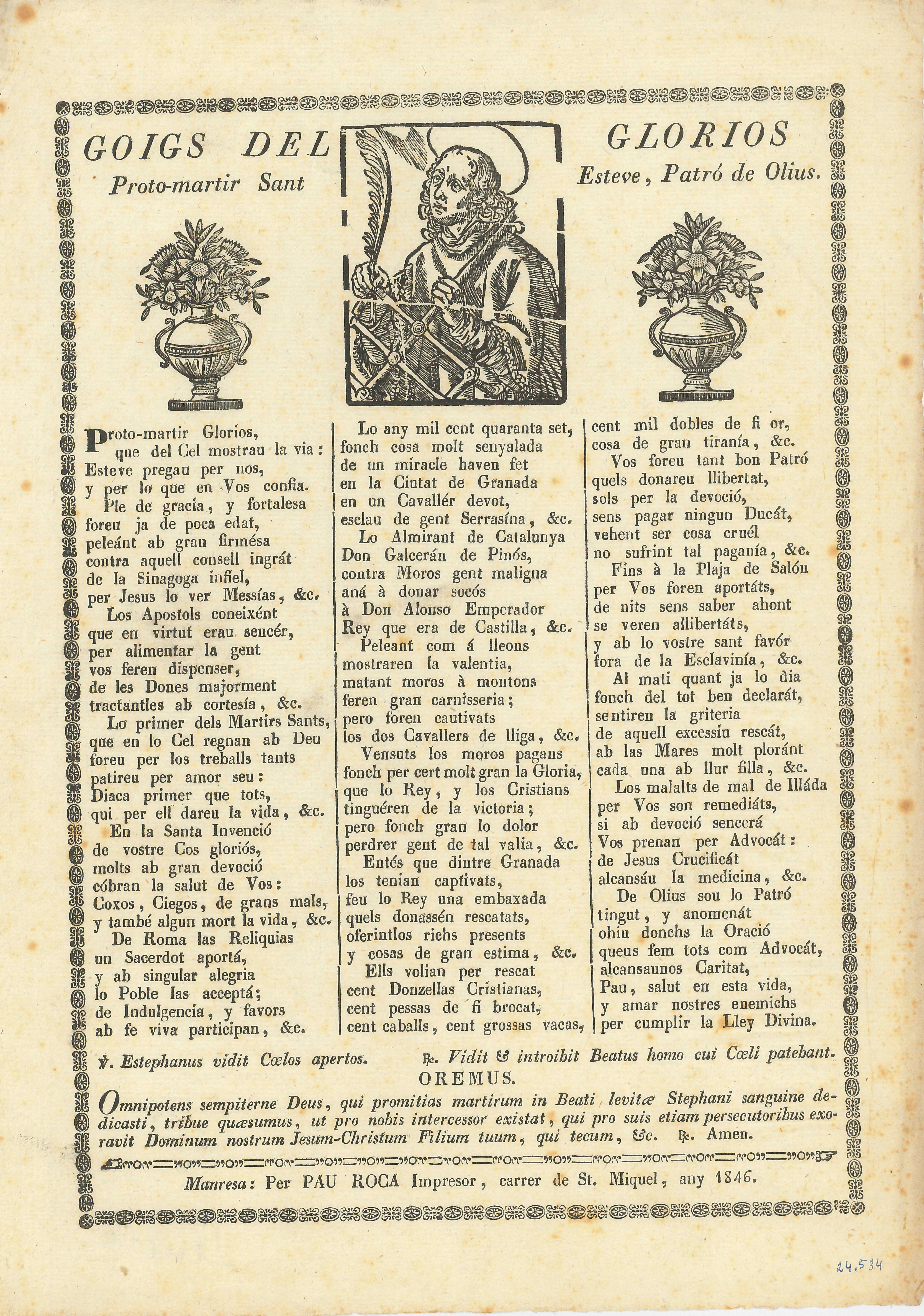 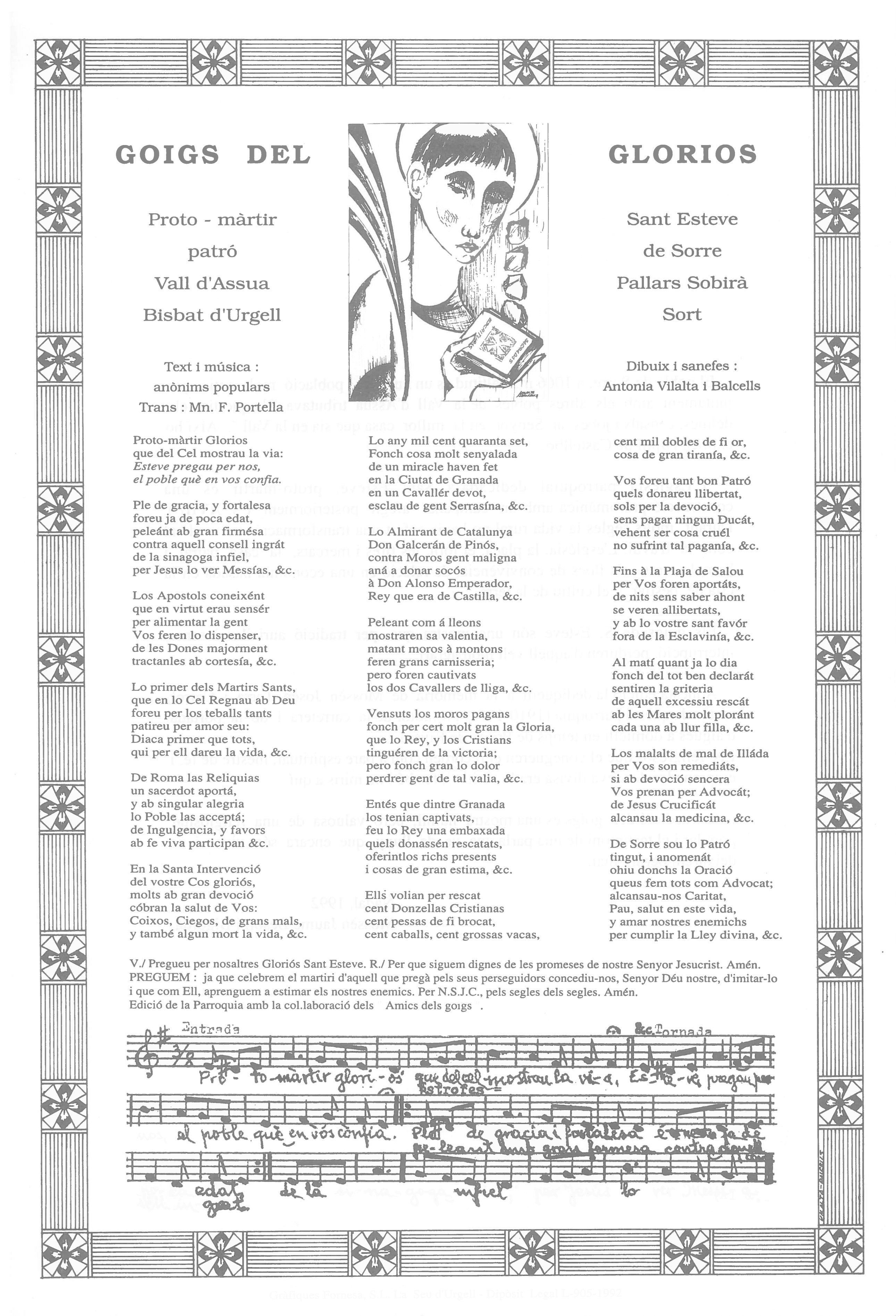 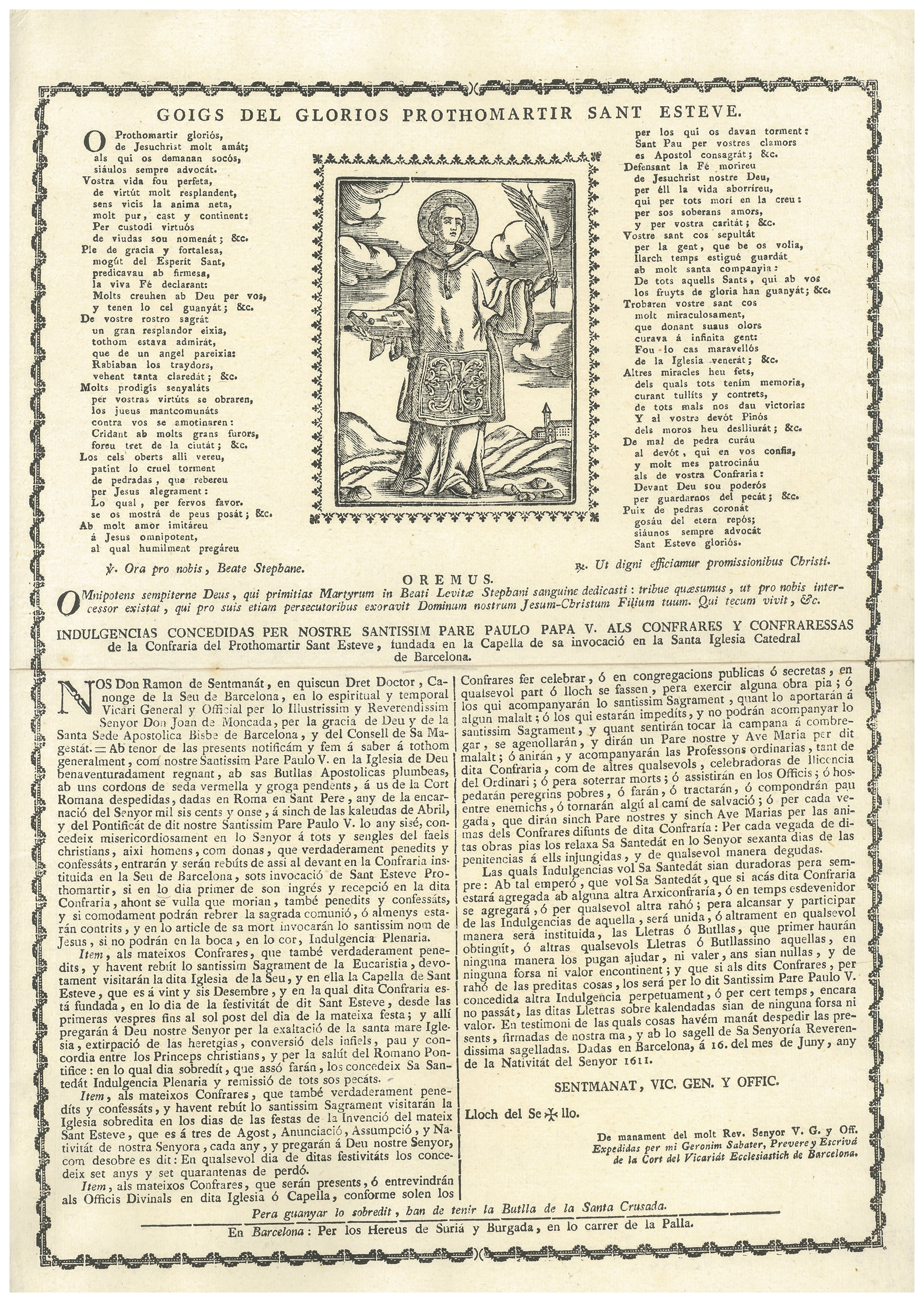 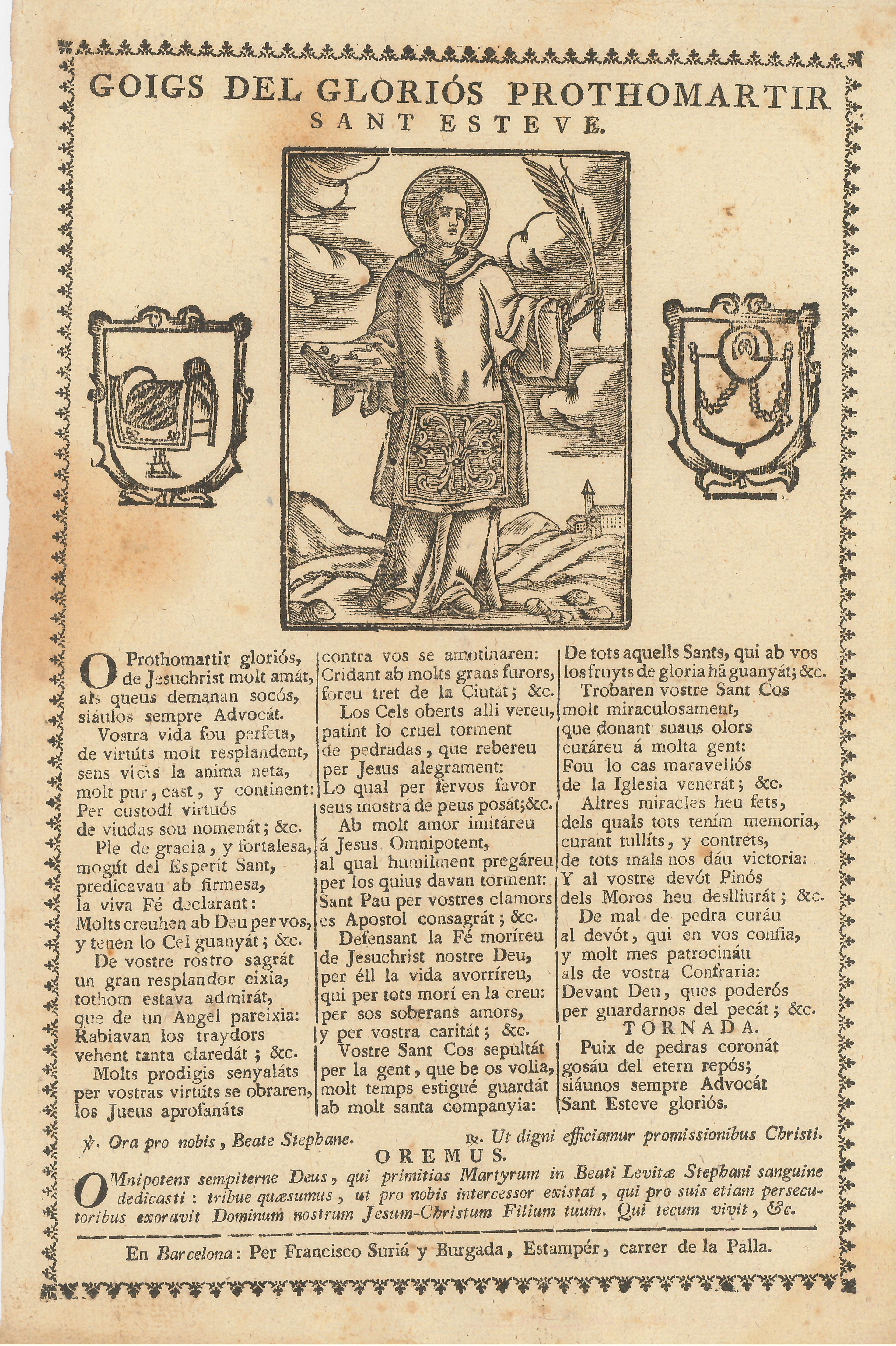 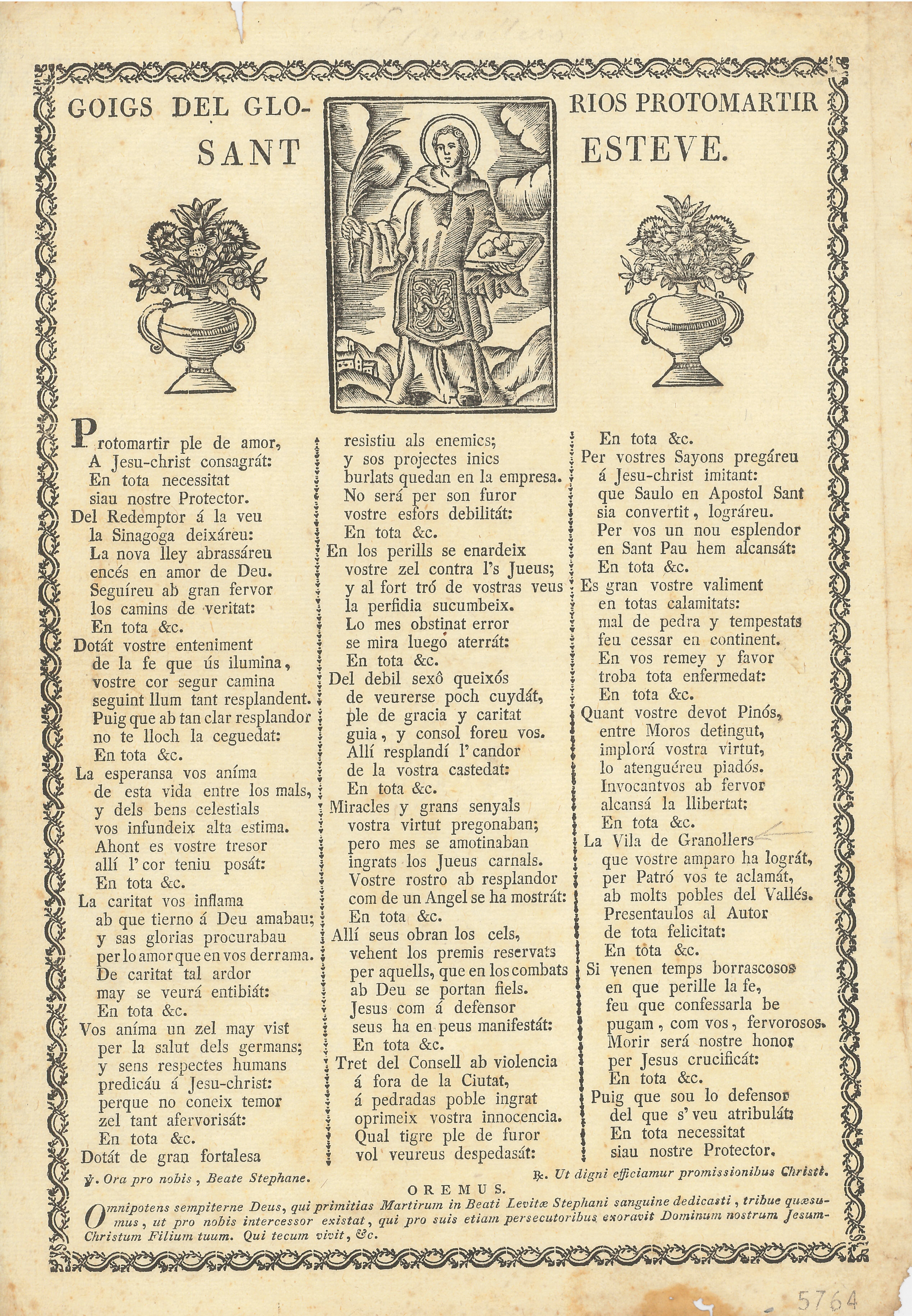 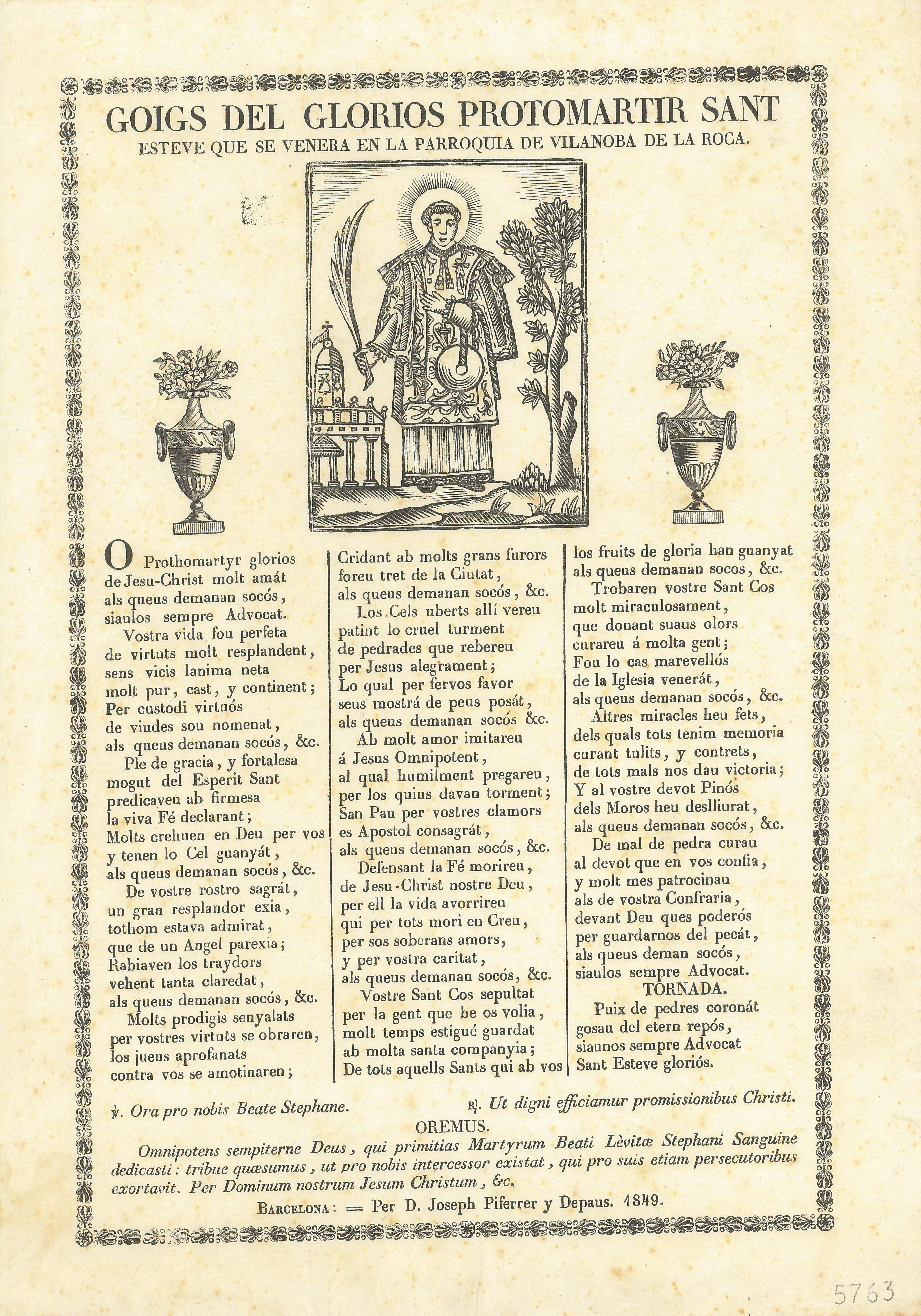