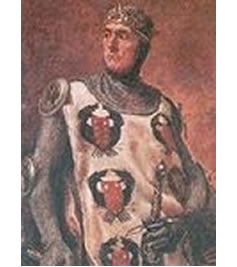 Son of Ermengol V. Infant, the father under the tutelage of grandfather Pedro Ansúrez succeeded, who, with the help of Ramon Berenguer III of Barcelona and probably also with that of Alfonso I of Aragon, definitively seized Balaguer, which soon became the capital of the county. Older in 1115, he participated in the conquest of Saragossa (1118). Later, as part of the hostess of Alfonso VII of Castile, he intervened prominently in the expedition to Almeria (1147) and, as the main ally of Ramon Berenguer IV, contributed decisively to the conquest of Lleida (1149 ); In addition to the third part of the Sunday property, the city lordship was awarded, as a result of the count of Barcelona, ​​and a condominium was established in the letter of settlement granted by both counts to its inhabitants, the 1150. It had, in general, a remarkable role in contemporary peninsular politics.